GoPro is launching a new entry-level camera into its lineup and it looks very, very familiar.

The new camera, simply called Hero, ditches the Session form factor and takes the look of the Hero5 and Hero6 with a big touch screen display. The $199 camera doesn’t shoot 4K, making it the company’s first release since 2015 to lack that resolution.

The Hero shoots 1440p and 1080p video at 60 frames, but it appears to ditch everything else. The company is saying this camera is being marketed towards “kids, adventurous social sharers and travelers.”

Again, the body is the same, so you get the ruggedized look of the Hero5 and Hero6, the 2-inch touch display, a casing waterproof up to 10 meters in depth, voice controls, and video stabilization. 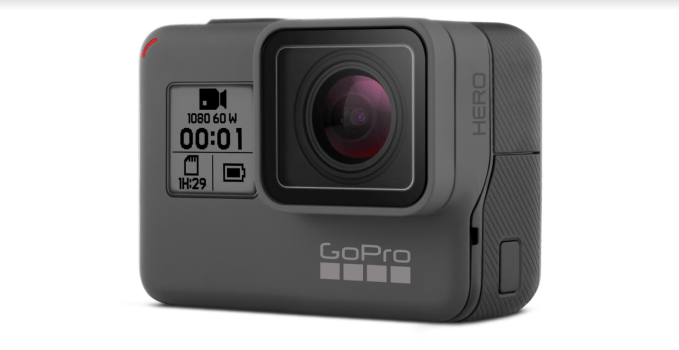 Essentially, the biggest difference here is the reduction on option for video and photo capture. You can grab 10MP stills, or take 60fps video at 1440p or 1080p. There’s no option to go lower or higher on resolution or grab super slow-mo footage or time lapses. This establishes a nice delineation between the entry-level and the high-end, but with an identical body type, this line is certainly blurring.

Keeping the body consistent across entry-level and top-of-the-line products certainly presents a number of advantages in manufacturing and product alignment for GoPro. It also could make things easier for consumers who won’t have to worry about accessory compatibility with big-ticket buys like the Karma Grip handheld stabilizer.

With the new release, GoPro appears to be entirely dumping the Session camera form factor from its product line which it introduced in 2015. The company’s product line now includes the $199 Hero, $299 Hero5 Black, $399 Hero6 Black and $699 Fusion 360 camera.

After a rebound on the public market this past fall driven by a restructuring of the business, the company has taken a beating since on poor sales and poor guidance. Earlier this year, the company announced it was ending Karma drone production and sticking to action cams. GoPro’s share price went from just under $12 per share at the end of September to under $5 per share currently.

One of the bigger underlying issues seemed to be with the pricing structure of its cameras, which led GoPro to slash the cost of its newly released Hero6 Black and promise that it would soon be releasing a new entry-level camera. Well, this is it, at $199 it isn’t any cheaper than the entry-level options before it but it does certainly gain a more polished user experience. We’ll just have to see if that’s enough.

The new Hero is available to buy on the GoPro site today.