Facebook is showing an unprecedented level of transparency around its latest effort to suspend Russian trolls trying to influence elections and mislead the public as it tries to regain the trust of users and the government. The company shared both stats about the account deletions and samples of the content they shared.

Facebook has removed 70 Facebook accounts, 138 Facebook Pages, and 65 Instagram accounts run by the Russian government-connected troll farm and election interference squad the Internet Research Agency. Facebook chief security officer Alex Stamos cited the IRA’s use of “inauthentic accounts to deceive and manipulate people” as “why we don’t want them on Facebook. We removed this latest set of Pages and accounts solely because they were controlled by the IRA — not based on the content.” 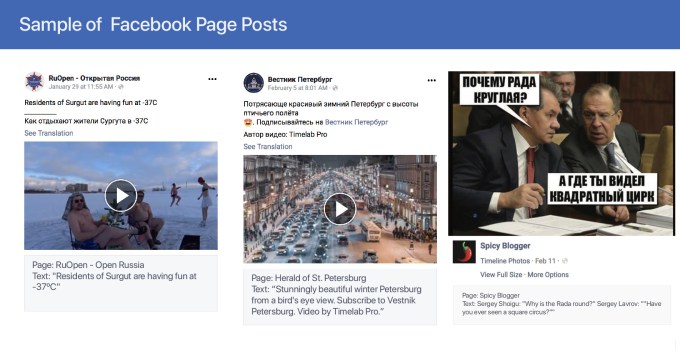 By detailing the specifics of its efforts rather than dragging its feet or waiting for government inquiries, Facebook may be able convince people it’s not asleep at the wheel of its social network.